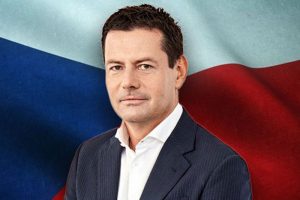 According to people familiar with the matter, Mr. Komarek’s holding company, KKCG Group AS, has been in talks with advisers on a possible first-time share sale that could take place as early as the second half of the year.

It is further understood that London is among the listing venues considered for the gaming, sports betting, and lottery operator.

Founded in 2013, Prague-headquartered Sazka operates lotteries in multiple European countries, including its homeland, the Czech Republic, as well as Greece, Austria, Italy, and Cyprus. In 2020, customers placed €6.8 billion in bets through the operator’s national lotteries, instant lottery games, and sports betting and online gaming operations, per the company’s annual financial report.

Sazka is also currently bidding for the fourth UK National Lottery license. The company is looking to dethrone incumbent operator Camelot, which has been running the National Lottery since its inception in 1994. Its license is set to expire in 2023 and the bidding war for the right to operate the prize draw kicked off in August 2020.

The Czech firm announced its intention to bid for the lottery license in October 2020 and is facing competition from Italian operator Sisal and India’s Sugal & Damani.

Final Decisions on Listing Yet to Be Made

Sources said that no final decisions have been made regarding Sazka’s potential IPO and KKCG could still delay listing plans. The lottery giant could join a flurry of firms seeking to go public in a bid to capitalize on strong stock market conditions.

A few years ago, Sazka hired banks for a potential share sale in London to raise money for expansion of its operations. However, the company iced those plans in the fall of 2018 citing market volatility for its decision.

Last November, Wall Street buyout firm Apollo Global Management announced that it would purchase a €500 million stake in the Czech gambling giant. The transaction was completed in March. KKCG received €200 million from the deal, while it became known that Sazka would use the remaining money for growth and potential acquisitions in Europe and North America, “with a focus on lotteries.”

KKCG has declined to comment on reports that it is considering an IPO of the lottery and gambling giant. Apollo has not commented on the matter, as well. The buyout firm is believed to be leading the way for William Hill’s non-US gambling business after the legacy bookmaker was acquired by Caesars Entertainment, Inc. earlier this year. The casino giant announced that it offload its non-core UK and European operations to focus solely on growing Hills’ US sports betting unit.