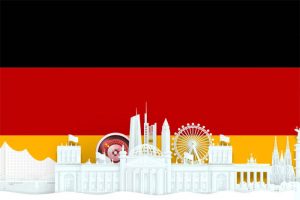 Germany’s online gambling reorganization process has hit another setback after an Austrian bookmaker has mounted a legal challenge, arguing that the ongoing sports betting licensing process was marred by lack of transparency.

On January 1, 2020, Germany enforced an experimental sports betting regulatory regime under the country’s Third State Treaty on Gambling. The new regime is set to remain in effect until June 30, 2021, when a permanent framework is expected to take force.

The newly implemented rules paved the way for interested online sports betting operators to apply for licenses and operate in a regulated environment.

However, the Administrative Court of Darmstadt upheld earlier this week a complaint filed by Austrian betting operator Vierklee that the wagering licensing process was discriminatory and not transparent enough. The court ruled that the process should be suspended until further notice.

Vierklee’s legal representative told German media outlet Bild that the company and other sports betting operators were not informed about the start of the concession process in July 2019.

Under the Third State Treaty on Gambling, the Darmstadt Regional Council and the Hesse Ministry of the Interior were tasked with accepting and reviewing sports betting license applications and awarding licenses to the approved applicants.

The President of the German Sports Betting Association (Deutsche Sportwettenverband, DSWV), Mathias Dahms, said that the recent ruling was a big blow to its members and that “even though we were promised concessions by the legislator back in 2012, an early approval, which should have been made possible by the State Treaty on Gambling, which has been in effect since the beginning of the year, is now once again in the stars.”

Vierklee is not a member of the German Sports Betting Association.

According to Mr. Dahms, the current situation could have been avoided and Germany-facing sports betting companies have once again been denied access to “a regulated market and thus legal certainty.”

Mr. Dahms also said that he feels sorry for “the employees in the Hessian Ministry of the Interior and the Darmstadt Regional Council, who have been very committed in the past few months to finally make the approval process a success.”

The DSWV is considering whether to appeal Vierklee’s lawsuit.

Aside from sports betting, the heads of Germany’s 16 states last month agreed to legalize online casino-style gaming and online poker as part of the nation’s gambling market reorganization. However, licenses for online casino and poker activities will only become available from July 1, 2021 when the permanent framework is set to take force.