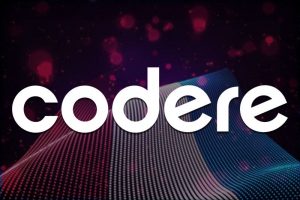 The online casino and sports betting operator has entered into a definitive business combination agreement with DD3 Acquisition Corp. in a move that will create the first publicly listed Internet gambling operator in Latin America.

Codere Online was formed in 2014 as the interactive division of the larger Codere Group. The company specializes in the provision of digital sports betting and casino services through innovative websites and mobile apps. It is particularly focused on the lucrative Latin American region.

An omni-channel strategy involving Codere Online’s parent company provides the latter operator with a significant competitive advantage in the highly attractive Latin American digital gambling space. Codere Group is a leading retail operator in that region as well as in its homeland, Spain, and Italy. The larger company runs more than 10,800 retail locations in those markets and has more than 3 million registered players.

As for Codere Online, it has a strong presence in Spain, Mexico, Colombia, and Panama and plans to enter the City of Buenos Aires’ regulated market by the end of the year.

Details about the SPAC Merger

Codere Online’s combination with DD3 would create a publicly listed company with an estimated pro forma enterprise value of around $350 million, or 2.3x the gambling firm’s estimated 2022 revenue. The combined business would have an implied equity market capitalization of approximately $500 million.

Codere Online said Tuesday it expects to have a cash position of up to $145 million, which it plans to use to cover marketing costs and to finance technology platform upgrades and further expansion into Latin America.

The deal is expected to close in the fourth quarter of the year. Upon completion, the combined entity will continue to be led by Codere Online Managing Director Moshe Edree and the iGaming operator’s current management team. Codere Group would maintain majority ownership over its digital gambling unit after the combination’s finalization.

Of their deal with DD3, Mr. Edree said that “by going public and with the new capitalization, we will be in a superb position to leverage our online business in our core countries of Spain, Italy, Mexico, Colombia and Panama, as well as the City of Buenos Aires, where we expect to start operating in late 2021, to fuel our further expansion in other high-growth Latin American markets.”

This is the latest in a series of SPAC mergers involving a gambling company to have been announced over the past 18 months. Most recently, Las Vegas casino operator Wynn Resorts announced that it would combine its interactive division with Bill Foley blank-check company Austerlitz Acquisition Corp. I.

Earlier in 2021, Super Group, owner of online gambling operator Betway, announced that it would combine with Sports Entertainment Acquisition Corp. to go public on the New York Stock Exchange.