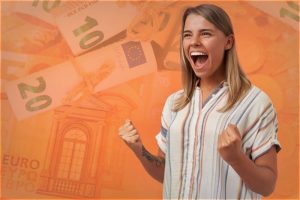 Popular online casino brand Casumo this week announced that a player from Finland that had only registered an account with it landed a €7,595,435 win on the progressive jackpot game on July 21.

The Casumo customer hit the life-changing prize less than 24 hours after opening an account with the iGaming operator.

Hall of Gods is a five-reel, 20-payline Viking-themed online slot that is part of NetEnt’s range of progressive jackpot titles. The game’s art and sound work, along with a nice collection of special features, offers an immersive and fun experience.

Players can trigger hefty jackpot prizes in the slot’s Bonus Game. It is activated when three Thor’s Hammer bonus symbols land on the reels. When the Bonus Game opens, the screen gets covered with shields and the cursor transforms into Thor’s Hammer. Players need to smash shields to reveal coins with different amounts on them or jackpot symbols.

Not the First Big Win

This is not the first time a Casumo player wins big playing a jackpot slot at the online casino. Since its launch in 2012, there have been more than 10 progressive Mega Jackpots won at the digital gambling venue, with the prizes paid out to the lucky players exceeding €35 million.

It was in the spring of 2017 when another player placed a €1 stake on Mega Fortune Dreams, another luscious progressive jackpot slot by NetEnt, to win more than €4.6 million.

Through design, technology, and innovation, Casumo strives to stay at the forefront of the industry and provide its players with a diverse and dynamic playing experience. The online casino and sports betting operator is available in all of Europe’s core markets, including the UK, Sweden, Spain, Denmark, Finland, Norway, and Germany, and also provides its services to players in Canada.

It is based in Malta and is licensed by the Malta Gaming Authority, the UK Gambling Commission, and the gambling regulators of Spain, Denmark, and Sweden.