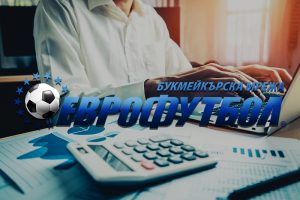 The Bulgarian State Gambling Commission temporarily suspended the operating license of Bulgarian bookmaker Eurofootball (Еврофутбол) at a Wednesday meeting, saying that the operator had for years failed to pay proper taxes to the country.

Eurofootball was the first private bookmaker to be established in Bulgaria following the fall of the communist regime in the tiny Balkan republic in 1989. The company is part of the gambling empire of Bulgarian billionaire businessman Vasil Bozhkov, who was recently charged with multiple offenses including extortion, money laundering, and influence peddling.

During its Wednesday meeting, the State Gambling Commission said that Eurofootball owed BGN328.9 million (approx. $183.3 million) in unpaid taxes to the country. The gambling operator did contribute a portion of its gambling profits to Bulgarian coffers over the years, but was found to have used loopholes in the country’s gambling laws and regulations to pay taxes at a lower rate.

The State Gambling Commission temporarily suspended Eurofootball’s license for a period of three months, during which the operator should pay its tax dues. The company was supposed to pay its taxes by February 21, which it clearly failed to do.

It should also be noted that Eurofootball’s accounts were frozen as part of the ongoing crackdown on its activities, so it is unclear whether and how it would be able to pay what it owes to the country.

According to Eurofootball’s 2018 financial report, the operator paid a 20% tax on the fees it charged to organize gambling activities that involved gamblers playing against each other. However, the company used an article in Bulgaria’s gambling law that applied only to online gambling.

As mentioned above, Eurofootball is licensed to provide gambling activities both online and at retail betting locations, which means that for years the company has avoided paying taxes on what it generated from its betting shops around the country.

Eurofootball is owned by Bulgarian gambling mogul Vasil Bozhkov. The operator was the billionaire’s third gambling business to be forced to close shop over continuously failing to pay proper taxes for conducting gaming and sports betting activities on the territory of Bulgaria.

Earlier this year, lottery games providers New Games and Eurobet, both owned by Bozhkov, were, too, ordered to suspend their operations. In addition, their activities were declared illegal after the Bulgarian government implemented changes in the country’s gambling law, under which lottery games, including the widely popular scratchcards, can only be provided by a state-run monopoly.

In a statement on its website, Eurofootball said that the suspension of its license means that its 800 betting shops will have to close and leave more than 2,300 people unemployed. The operator noted that all these people will be left with no jobs at the time when Bulgaria, just as the rest of the world, grapples to contain the spread of the dangerous coronavirus.

The gambling company also pointed out that the State Gaming Commission’s Wednesday ruling represented another instance of “forcible destruction” of a Bulgarian business. Eurofootball appealed the gambling regulator’s decision in court.

The operator said that it owes BGN500,000 in winning bets to customers, which it intends to pay out, but is unsure how it would do it at this point.

In January, Eurofootball’s owner was charged with extortion, attempted bribery, money laundering, running an organized crime group, and later on with rape and conspiracy to murder, among others.

The businessman, one of Bulgaria’s richest men, denied all of the above. He fled the country, telling Bulgarian media that he could not return because he feared for his life.

Bozhkov was detained in the United Arab Emirates in early February. Later that month, Bulgaria’s Chief Prosecutor Ivan Geshev said that his office had prepared a request for the businessman’s extradition.

The extradition request was accompanied by more than 200 pages of documents that had been translated in Arabic. The papers were sent to the Bulgarian embassy in the UAE to be handed to local authorities.

Bozhkov was reportedly released from custody in mid-February but UAE authorities confiscated his passport to prevent him from leaving the country. Bulgarian authorities still await his extradition, but as the Balkan nation does not have an extradition treaty with the UAE, the process seems to be a bit more complex.