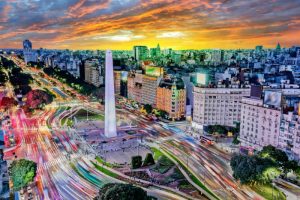 The introduction of regulated online gambling is yet again under discussion in Argentina, and it seems the effort could succeed this time.

Loteria de la Ciudad de Buenos Aires (LOTBA), an agency overseeing gambling in the autonomous city of Buenos Aires, released on Friday details outlining its plans to start looking for operators interested to conduct online sports betting and casino activities on the territory of the city.

LOTBA’s plans also include start of regulated online gambling operations by the fourth quarter of the year. It should be noted that any such operations given regulatory approval from the agency would only be confined to city limits.

LOTBA said it wants to authorize an unlimited number of what it refers to as Online Gaming Agencies that would be able to offer different types of digital gambling activities. Some of the operations that authorized companies would be able to provide will be sports betting, virtual betting, non-sports betting, slots, roulette, blackjack, punto banco baccarat, poker, and lottery games.

Approved agencies will be granted initial five-year licenses that can be extended for five more years. Authorized companies will also have to pay an annual license fee of $100,000 and a 10% on their revenue.

No Tender, But Agencies Must Fulfill Requirements

LOTBA will not conduct a competitive tender process, but operators interested to conduct gambling activities in Buenos Aires will have to meet certain requirements to qualify for licenses from the agency.

They would need to have annual revenue of about $1.6 million and net worth of at least $25 million. In addition, they will have to pay an upfront license fee of $30,000 and to have been in the online gaming and betting industry for at least two years.

Companies will also have to pay $2 million as a Guarantee of Compliance. The sum would be reduced to just $1 million after a final technical certification report gets accredited.

Operators will have to keep customers’ account balances in a separate city bank account that will be controlled by LOTBA.

As mentioned above, the agency expects regulated online gambling services to be launched by the final quarter of the year.

In late 2018, the province of Buenos Aires, which is a separate entity from the city, approved Decree 181 that authorized the provision of a range of online gambling services on the territory of the province.

Under the decree, up to seven online gambling licenses were to be issued and approved operators were to pay a 25% tax on their revenue.

However, plans for the introduction of regulated online gambling were put on hold in August due to major changes in the province’s political scene.