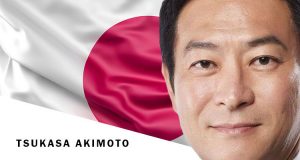 The senior Japanese lawmaker who was indicted on bribery charges for taking money from a Chinese gambling firm looking to enter Japan’s casino market was released on bail this past Wednesday, Japanese news outlets report.

Tsukasa Akimoto, a former member of Japan’s ruling Liberal Democratic Party (LDP), was arrested on December 25 on suspicion of taking bribes from Chinese online sports lottery operator 500.com to spearhead the gambling company’s bid to win one of three casino licenses the Japanese government plans to award to interested operators.

Mr. Akimoto has been indicted for taking nearly JPY8 million in cash from 500.com between 2017 and 2018. He has denied all allegations leveled against him.

Until the fall of 2018, the lawmaker served as the senior vice minister in charge of overseeing the drafting of the Japanese government’s casino policy. The country legalized casino gambling in December 2016, but needs to complete a multi-step and multi-phase process before launching its first casinos.

According to the investigative team of the Tokyo District Public Prosecutors Office, Mr. Akimoto was approached by 500.com in the summer of 2017 and took bribes to spearhead the company’s bid to win the right to build an integrated casino resort in Hokkaido alongside a local tourism agency.

Aside from cash, Tokyo prosecutors also found that Mr. Akimoto was treated to several trips by 500.com. In late 2017, the lawmaker visited the gambling firm’s corporate headquarters in Shenzhen, China. The expenses for that trip were covered by 500.com, according to records.

During the trip to China, Mr. Akimoto also visited a casino in Macau in a bid to gain knowledge of how the special administrative region’s gaming industry worked and use that knowledge in the crafting of his own country’s gaming policies.

In Macau, Mr. Akimoto allegedly asked the 500.com side to purchase some luxury items for him at a local shopping center. The embattled lawmaker admitted to accepting such items from his host, but told investigators that he “was going to buy the items, worth more than JPY100,000 in total, [himself], but the 500.com side paid for them” and that “this was within the scope of commonly accepted social norms.”

According to Tokyo prosecutors, 500.com also covered the expenses for a trip to Hokkaido Mr. Akimoto took with his family in February 2018.

The lawmaker’s defense team made a request that their client be released on bail on February 3. The Tokyo District Court granted him bail and then denied an appeal made by the Tokyo District Public Prosecutors Office against the decision.

Mr. Akimoto paid JPY30 million (approx. $270,000) to be released. He is the first sitting Japanese legislator to be charged with a crime in more than a decade.