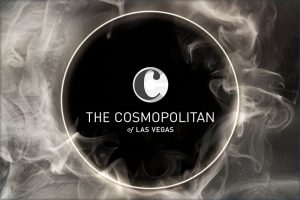 New York-based private equity firm Blackstone is reportedly looking to snatch $5 billion for The Cosmopolitan of Las Vegas, according to the latest round of rumors regarding the glitzy Strip property’s possible sale.

Apollo seems a logical suitor on several levels. In the first place, the buyout firm has pockets deep enough to buy Cosmo. And it has been on a spending spree for gambling assets across several continents.

In addition, Apollo is considered the front-runner in the ongoing race for William Hill’s non-US operations. The private equity company has also recently entered into an agreement to acquire The Venetian, the interconnected Palazzo, and Sands Expo from Las Vegas Sands. It is further reportedly eyeing some Australian gambling operations.

As for MGM, its mention in relation to The Cosmopolitan’s possible sale is a bit odd. The company, which is the largest operator on the Strip, has sold most of its properties over the past several years as it looks to build a balance sheet strong enough to enable it to invest more heavily in sports betting and develop an integrated resort in Japan.

It should also be noted that MGM is currently in the process of selling Aria Resort & Casino and Vdara Hotel & Spa to Blackstone. The private equity firm already owns half of MGM Grand and Mandalay Bay and is leasing the resorts to MGM for $292 million in annual rent.

Mr. Fertitta has long sought to gain access to the Las Vegas Strip and has said he is potentially interested in owning one or two casinos there. The Texas businessman is in the process of taking Fertitta Entertainment public. His business empire includes five Golden Nugget casinos and the Landry’s dining and hospitality chain, among other operations.

There has also been talk that Penn National could emerge as a dark horse contender for The Cosmopolitan. However, the regional casino operator’s long-term liabilities of nearly $10 billion don’t really make a $5 billion property seem a likely acquisition target.

First rumors that Blackstone was looking to sell Cosmo emerged nearly three years ago when Vital Vegas reported that Hard Rock International was in due diligence to buy the property. However, Blackstone denied those rumors, saying no sale of the resort was under consideration at the time.

The private equity firm purchased the Strip casino-hotel complex in the spring of 2014 in a $1.7 billion deal.

In April 2019, the Wall Street Journal reported that Blackstone was assessing strategic options for The Cosmopolitan, including its sale.