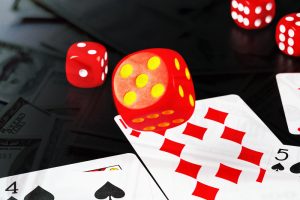 A federal decision on Ho-Chunk Nation’s plan to build a casino in Beloit, Wisconsin, near the Illinois border, might be imminent, according to a tribal official.

The tribe has been waiting for the Bureau of Indian Affairs’ (BIA) ruling for almost a year now and it seems that a final decision might be on its way.

The Ho-Chunk Nation, one of Wisconsin’s two federally recognized tribes, wants to build a $400 million hotel and casino resort along Interstate 39/90 in Beloit. The project had been stuck in bureaucracy for years before the summer of 2018 when BIA announced that it would review it.

In May 2019, the federal agency published a Notice of Availability of a Final Environmental Impact Statement (FEIS) for the property. The publication of the statement was an important step before a final decision from BIA.

However, the agency has not acted on the project since then. When it finally renders a decision, if positive, the tribal casino project will head to Wisconsin Governor Tony Evers. The state’s top official will have the final say on whether the plan should move forward or be scrapped.

Final Stages of Concurrence and Approval

The Ho-Chunk Nation’s Public Information Officer, Ryan Greendeer, said that they are at the very last stages of concurrence and approval and they have not heard anything “but all signs point that it’s going to be something that’s good for the community.”

Mr. Greendeer said that they had anticipations that a decision would be announced last summer, but still they had good things coming to them and that they can now see the finish line.

The tribal official noted that they are in the process of selecting an architectural firm to “shore up what we have.”

Mr. Greendeer also pointed out that tribal officials are reviewing a market analysis and are yet to finalize all the plans related to the multi-million project. The tribe is also looking at partnership opportunities.

Mr. Greendeer said that they know well “how difficult it is to continue to build up business, and we want to help build a community in every place that we are in.”

The FEIS presents a proposal to transfer 33 acres of land into trust. The site is part of a 73.5-acre plot that is owned by the Ho-Chunk Nation and is located along Interstate 39/90 near the Beloit Travel Wisconsin Welcome Center.

The project is expected to create nearly 2,000 full-time jobs and generate more than $225 million in economic impact for Rock County. In addition, the host county and city would each annually receive $3 million from the Ho-Chunk Nation for allowing the tribe to run a gaming resort in the region.