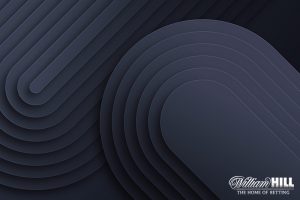 Billionaire brothers Fred and Peter Done, who co-founded bookmaker Betfred in 1967, announced on Monday that they have purchased a 3.03% stake in rival betting operator William Hill.

The Monday announcement triggered speculations that the Betfred founders might be interested in acquiring William Hill’s UK retail estate or even in combining Betfred with its rival bookmaker.

According to some analysts, the fact that the Done brothers bought a stake in William Hill through Betfred’s main retail subsidiary (Done Brothers (Cash Betting) Limited) could be a precursor to a potential offer by Betfred to acquire William Hill’s betting shops chain.

William Hill was forced to close more than 700 betting shops around the UK to offset the losses caused by the Government’s crackdown on fixed-odds betting terminals. The company’s retail estate currently counts 1,568 betting shops.

Betfred runs around 1,500 shops across the UK. If the bookmaker acquires its rival’s chain of betting shops, that would place it on a par with GVC Holdings, whose Ladbrokes and Coral brands currently manage about 3,000 betting shops.

According to a betting industry insider, Fred Done has long been eyeing William Hill’s real estate. “The question, as ever with Fred, will be what he’s willing to pay,” the unnamed source told The Times.

While some analysts believe that Monday’s stake purchase is a clear sign of a transaction involving the two bookmakers coming up, others said that it is more likely the Done brothers believe William Hill is undervalued and many fail to recognize the potential of its US sports betting business.

A spokesperson for Betfred confirmed that Fred Done believed William Hill to be undervalued, even though the legacy British betting operator was “the frontrunner” in the US sports betting field.

Betfred itself has been looking to expand in the nascent US wagering market. The company has so far secured betting partners in Colorado, Iowa, and Pennsylvania, but will certainly form more partnerships in other states where athletic gambling is legal or is about to become legal.

As for William Hill, the company’s US division runs the majority of sportsbooks across Nevada and has been able to expand in more states thanks to a partnership with major casino operator Eldorado Resorts.

The British bookmaker also recently penned a sports media partnership with CBS Sports that provided William Hill with exclusive rights to promote its brand across the media giant’s broad range of digital platforms.

As Betfred seeks to grow its footprint in the US, the company approaching William Hill over a potential tie-up seems like a logical step.