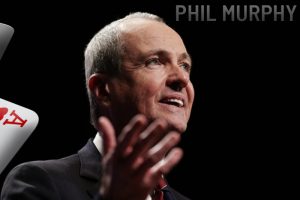 Almost all of Atlantic City’s nine casinos have furloughed their workers as the economic fallout from the dangerous coronavirus continues to reverberate across the United States and the rest of the world.

Most of the gambling venues located along Atlantic City’s famous Boardwalk have sent temporary layoff notices to their staff members after their closure earlier this month. The move enables nearly 16,000 casino workers to file for unemployment benefits as uncertainty when the casinos will be able to resume operations grows.

Gov. Phil Murphy ordered the indefinite closure of Atlantic City’s nine casinos on March 16 in response to the global coronavirus crisis. After the Governor issued his order the gambling venues all offered their employees two weeks’ worth of compensation and health benefit extensions.

It emerged that Tropicana Atlantic City’s owner, Eldorado Resorts, offered two more weeks. However, casinos said they were forced to furlough staff due to the uncertainty relating to their eventual reopening.

Hard Rock Hotel & Casino Atlantic City sent a memo to its workers on Wednesday to inform them about the furloughs. The gambling venue said that it would allow eligible staff members to use their accumulated paid time off as well as an additional two weeks of borrowed PTO. This means that some of the casino’s workers will be covered through the greater part of April and will not have to file for unemployment.

Commenting on the unfolding situation, Hard Rock AC President Joe Lupo said that they are “committed to our team members during these unprecedented times, ensuring that our communication has been open and direct.”

Mr. Lupo went on that furloughed employees that apply for unemployment will be able to take advantage of new stimulus packages until the property reopens.

In a memo to its staff members, Ocean said that the layoffs were temporary and that they plan to reinstate the employment of those placed on furlough “as soon as we have the business needs and are permitted to operate.”

While all of Atlantic City’s casinos went dark in the face of the coronavirus outbreak, the resort city’s legendary Boardwalk has remained open so people can spend some time outside, exercise, and get some fresh air while practicing social distancing.

Atlantic City Mayor Marty Small said Thursday that he would keep the Boardwalk open for now, but noted that if he continues to “get the information […] of people gathering on the Boardwalk and not practicing social distancing, as quick as I made the decision to keep it open, I will close it without hesitation.”