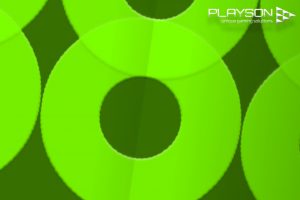 Online casino content supplier Playson has secured another major partner as part of its strategy to grow its regulated presence across multiple European markets.

The iGaming provider today announced that it has teamed up with 888casino, the iGaming brand of Gibraltar-headquartered online gambling group 888 Holdings.

Under the terms of the recently signed deal, Playson has agreed to provide 888casino with access to its full library of online slots, including hit titles Solar Queen and Red Chilli Wins as well as new releases such as Fruit Xtreme, the second installment in the provider’s Funky Fruits series.

Playson will integrate its content with 888casino via the Pariplay platform, it also became known. Slots by the game developer will initially go live with the brand’s operations in Sweden, Spain, Denmark, Italy, and Romania. This is set to happen by the end of this year’s first quarter.

Launches in UK and across Gibraltar territories will follow later this year.

888casino is the latest major online casino operation to opt for Playson’s games library. In December, LeoVegas’ popular iGaming brand Royal Panda added content by the supplier to boost its existing offering. LeoVegas’ flagship operation of the same name went live with Playson’s titles in the spring of 2019.

Of their partnership with 888casino, Playson Senior Account Manager Christos Zoulianitis said that they are thrilled to be joining forces with such a well-established online gambling operator that has been at the forefront of the industry for well over a decade.

Mr. Zoulianitis went on that their games portfolio will certainly be “a great addition” to 888casino’s offering and that the launch of their titles with the iGaming brand will help them further extend their reach across regulated markets in Europe.

888casino Senior Vice President Guy Cohen commented that they are focused on expanding their offering to customers by both developing proprietary titles and adding games by third-party providers to their unique platform, which they introduced last year.

Mr. Cohen also noted that Playson, their latest content partner, has a fantastic team which has developed “a unique portfolio of games” and that they are excited to add these games to 888casino and thus enhance their player’s experience.

Playson’s portfolio currently includes more than 60 HTML5 games. The company is focused on growing and cementing its foothold across regulated European markets through supply deals with major operators.

Playson is licensed by the UK Gambling Commission, Romania’s gambling regulator ONJN, and the Malta Gaming Authority, and its titles are certified in a number of other jurisdictions across Europe.